Recently, the Ebola epidemic occurred in Guinea and Congo (DRC) one after another, which has caused many deaths. The World Health Organization has issued early warning to six neighboring countries, including Sierra Leone and Liberia. In response to the new round of Ebola epidemic since this year, the governments of Guinea and Congo (DRC) and international organizations have taken measures to track close contacts and promote the vaccination of Ebola vaccine.

Guinea has reported 18 Ebola cases and more than 1600 people have been vaccinated, according to data released by the World Health Organization. 11 Ebola cases have been reported in Congo (DRC).

Is it difficult to popularize epidemic knowledge? Power-Solution will tell you the answer

Since 2018, Power-Solution has been committed to improving the productivity and education level of poor people (BOP), mainly for countries such as Africa and India. For the first time, Xinxin Nuo company has innovated and developed solar media system, adding 7-inch display screen to the original solar home lighting equipment and increasing video playback function.

Solar media is the first product to combine education with solar energy. Solar means carbon dioxide free, environmentally friendly and sustainable. This product not only provides home lighting for customers, but also provides educational information and health care knowledge. It can improve the health awareness of BOP disease prevention and reduce the mortality rate by circulating the videos of Ebola prevention, AIDS and malaria produced by the World Health Organization. Not only that, pan Hu, an internationally renowned designer, also participated in the design of our solar media packaging box. After the design of product packaging, completed the basic mission, can also be used as a hanger, wardrobe, lockers, etc. The packaging boxes that are to be discarded will be reused and recycled to turn waste into treasure. This is in line with the design concept of power solution “let every penny of the BOP crowd spend value”.

Under the situation of COVID-19’s global rampage and the outbreak of Ebola virus in Africa, the information transmission and educational function of Solar Media has shown great social value and positive significance. Solar media enables the popularization of epidemic prevention and control knowledge in Africa more quickly, so that people in poverty-stricken areas can better understand the knowledge and measures of epidemic prevention. At the same time, it can also play videos such as economic crop planting technology and handicraft production course, so as to provide technical knowledge for BOP people, improve local productivity to promote economic development, and finally improve the knowledge level of poverty-stricken people.

When there is no local broadcast channel and media, you can also update the video content by replacing the SD card. In addition to performing video playback functions, solar media also provides power for lighting and mobile phone charging. This means that in order to pay for education by solar media (BOP), people can pay for it on a pay as you go basis. 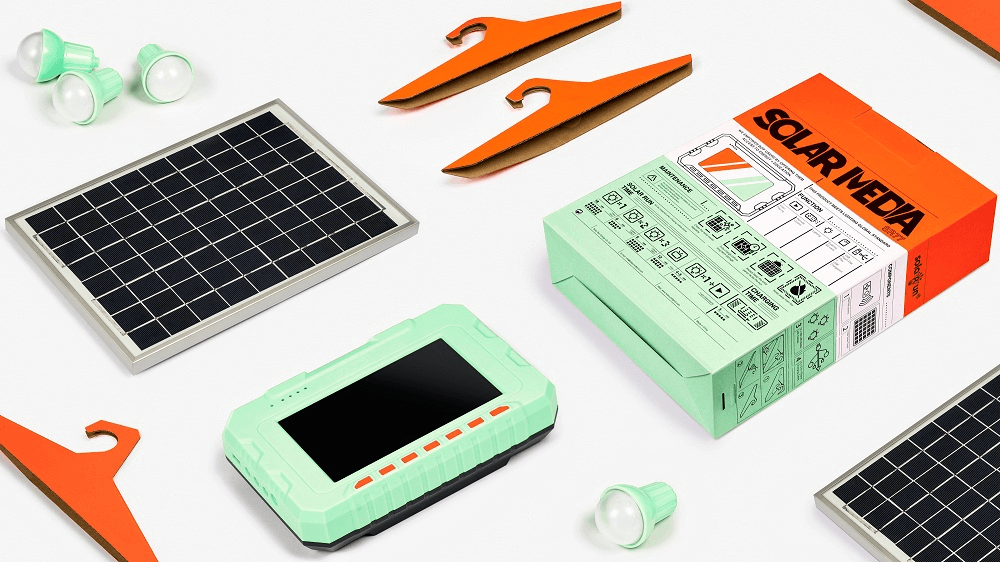 Power solution will continue to uphold the original intention of serving BOP people, dispel the darkness for them and light up their bright and future. After all, personal strength is limited. Chengxinuo hopes that more like-minded people will join us, spread love and knowledge to more areas, and let more light shine into BOP families.

What a surprise!The service life of Power-solution solar products exceeds your...